Matt here for another edition of your favourite newsletter. We've been working away on unannounced projects for a while, and I think it's time for a status update. It'll mostly be vague - there's no earthshaking announcements here - my intention is to give you a window into how we work at the (very) early stages of development.

So, our first prototype was codenamed EXOK-1. We started it soon after setting up our office formally in July. We were reaching quite far outside our comfort zone for this project. It was 3D, and we were using Unity for its engine (which we didn't use for Celeste). But the biggest shift, for us, was that we were developing it narrative-first. Which is to say, we were leading with narrative and designing everything else to support that.

Celeste was developed as a platformer first, and its story slowly formed around the sensations of playing it. As the project went on, the narrative gradually took on more and more importance until it had become the heart of the game. It's hard for me to imagine Celeste without the story it tells, but Madeline's adventure grew organically from the platforming.

For EXOK-1, we had a lot of characters, some dialog, a world, and a general vibe we loved. Our goal was to grow the gameplay from this narrative as it developed. We were really curious how that process would work. We didn't really know how to do it, and we still don't, but it was fun to try!

A lot of the ideas from EXOK-1 are living on, but we aren't actively developing that prototype anymore. Our friendship has ended with EXOK-1, and EXOK-3 is our favourite project now. (Note: We don't talk about EXOK-2.)

EXOK-3 has basically become a reboot of EXOK-1. We tore it down to the ground and starting building again with a blank slate. But this time we're coming at it how we traditionally have, with a basic set of game mechanics that feel good. This necessitated fundamental changes. A bunch of our previous work needed to be adapted or discarded. That sucks, but to get a proper fresh start we needed permission to completely obliterate all of the constraints that we had accumulated with EXOK-1.

Even though we started from scratch, we're still working in the same spirit. We're working toward the same feelings and ideas, which EXOK-1 helped us identify more clearly, but we're approaching them from a different angle. We also carefully re-appropriate elements from EXOK-1 where they fit. We try not to think of EXOK-1 as a failure, but as essential foundational work that lead us to EXOK-3.

We made this big decision in September. The game is still in its early stages, where entire core systems are frequently being changed, sometimes drastically. But now we feel as though we have a solid direction. The work is still outside our comfort zone in a lot of exciting and scary ways (it isn't a platformer, for one), but it feels like our process is bringing us closer every day to the feelings we're grasping at. 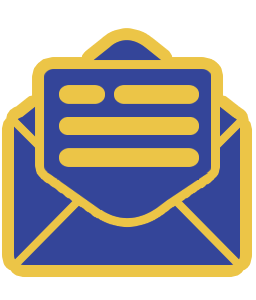 Good afternoon, Cadets! Pedro here just to let you know that I gave a talk at...

The Making of Celeste Chapter 9